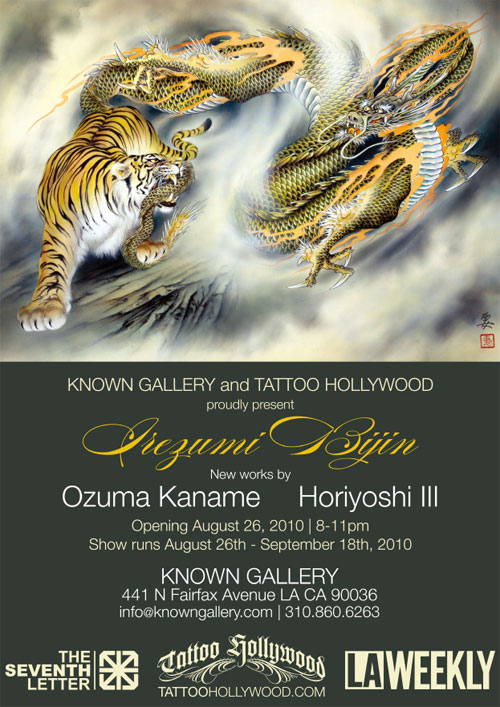 _Ozuma Kaname who is my Japanese painting teacher will hold an individual show in Los Angeles gallery.

| Kaname Ozuma |
Kaname Ozuma was born in 1939 in Kashiwazaki City in Niigata Prefecture, Japan.
He was initiated from the cradle to traditional Japanese style art by his uncle, Soushi Sakai.
When he was 18 years old he moved to Tokyo. Soon after he found work as a printer, and it was here that he studied about printmaking techniques.
After that he entered the publishing industry, and studied illustration.
Now he primarily produces tattoo designs and paints portraits of tattooed women.
Currently Ozuma is Vice President of the Japan Publication Artist League, and he also holds membership in the prestigious Japan Literary Club.
HP：http://www.ozuma-youko.com/