I had the 15th anniversary party on November 24, 2013.
A lot of guests came to our first party on a cruise ship,
and there were so many things going on there!
We had a great performance by Team AZURA and of course,
Tattoo contest of Ren-yu kai.

Thank you so much for coming
and I could feel the strong bond with you guys!
I had a great great time!

“a dot to dot becomes a line, and it will be a bond someday.”

I’m hoping to keep cerebrating my coming years,
such as 20th and 30th anniversary like this with you, too.

Thank you for your support! 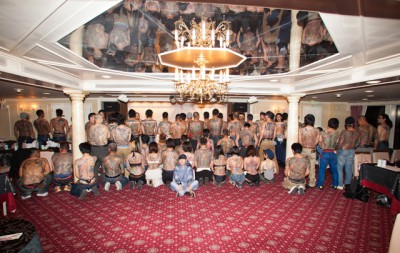